The purpose of this document is to point out, among the various types of contracts, the ones which can facilitate the supply of water or sanitation services to the poorest by including clauses comprising social objectives and, among them, the types of contracts which can entitle operators to international subsidies, in particular "OBA" contracts.
This factsheet mainly concerns large cities in developing countries and their contractors, which are usually private companies. However, the principle of such contracts can also be applied, in a much simpler way and without seeking international subsidies, to smaller contracts.
Indeed, in their contracts, project initiators and implementers should be encouraged to insert clauses concerning specific, precise objectives to ensure that everyone, in particular the poorest, have access to water and sanitation services, something which is rarely the case.

2) Why use this means and since when ?

These contracts are mainly used by big companies and the World Bank since 2002.

The need for water and sanitation services remains huge and concerns numerous low-income populations and municipalities, which are not likely to attract much private capital. Thus, the World Bank and a few other investors came up with the idea of encouraging companies to develop more projects targeting deprived populations by offering them specific subsidies in return for the effective and controlled deployment of such projects. These contracts mainly concern regions or big cities in developing countries which have specifically chosen to include aid for the most deprived in their water supply programmes.

5) What does this process involve ? How is it used implemented ?

BOT contracts are generally long-term contracts calling on several types of expertise :
- the design of a facility or programme,
- its construction,
- its operation and maintenance,
- its financing.
For example, this can be the design, construction, financing and operation of a water treatment plant or network, the ownership of which is transferred to the municipality at the end of the contract.

These contracts are usually made between a State, region or municipality and a company which is entrusted with all of the services, whereas in ordinary contracts, the services may be entrusted to several companies.
They save time, simplify procedures and give good returns on investments. DBO contracts differ from the previous ones in that the signatory company, which is also the sole company involved in the programme, designs, builds and manages the facilities concerned but without transferring them to the municipality or State at the end of the contract.
Their main advantage is that the municipality only has to deal with one service provider for the different facets of a programme, instead of several operators like is usually the case, thereby saving time and simplifying the set-up and monitoring of the project. This also provides the investor with a bigger, long-term contract.

This type of contract is fairly rare, as municipalities generally prefer to retrieve the facilities at the end of the contract.

With DBL contracts, a single company designs and builds a programme and is then required to manage it, sometimes with significant financial risks.

However, this type of contract has sometimes been signed for projects comprising major facility installation or upgrading work which was more profitable than operation. The drawback was that certain investors signed a DBL contract because they were mainly interested in the major building work which is profitable over a short period of time, but much less so in operation, resulting in their quick withdrawal. Origin
In 2003, the World Bank and the UK set up a financial Partnership, since then supported by the Netherlands and a few investors, called GPOBA (Global Partnership on Output-Based Aid) aimed at promoting programmes of greater social benefit and subsidising them according to the actual social results obtained.

Principle
Aid is given, usually in the form of subsidies or sometimes low-interest loans, for programmes aimed at providing basic services (water or sanitation services, as well as healthcare, electricity, transport and telecommunications) to poor populations, to supplement or replace payments from users. This aid aims to incite private companies, public utility services, as well as NGOs to a lesser extent, to put forward and carry out such programmes, whether partially or entirely.

How it works
The organisation concerned proposes a precise, quantified project targeting deprived families. The impacts and performance of the project must be easy to assess. If GBOPA accepts it, it grants a subsidy, specifying its amount and instalment terms, thereby giving the operator a better idea of its financial limits. However, the subsidy is only paid, either in part or in full, once the forecasted results have actually been achieved and confirmed by an independent audit.
It is thus up to the operators to pre-finance the programmes.

Examples of uses
GPOBA subsidies may concern all basic services (water or sanitation services, as well as healthcare, electricity, transport and telecommunications).
GPOBA has already made it possible to finance over 70 programmes

Concerning water, here are a few examples :
- within the scope of water supply and network extension programmes, subsidies were granted for each new social connection to the network (usually covering only a part of this cost).
- vouchers sometimes given to users to enable them to choose between several service providers when one of the objectives of the programme is to improve competition and performance.
- temporary, regressive aid granted to ensure that the low tariffs charged to facilitate access to water progressively get closer to the real price.

- Such contracts make it possible to target and reach the most needy and attract companies through subsidies.

- They are more transparent than other types of contracts and make it possible to know who exactly has been helped.

- They facilitate access to the water network for the most deprived populations.

- This financing method is fairly complex and costly to set up for those who are not familiar with it.

- The time taken and cost involved in preparation and control can be considerable, even dissuasive.

- The indicators used to assess the performance of a programme are not easy to determine ; moreover,
they are only partial and do not make it possible to precisely assess the medium or long-term impact of
such programmes in the region concerned.

- While the transfer of all risks to a single programme operator is appreciated by the local authorities
concerned, it drives away small private operators. 6) Special difficulties and remedies and/or precautions to be taken

- The appropriateness of OBA financing must be carefully assessed through a series of specific questions which can be found in publications such as the AFD/Suez guide mentioned later on in this document.

- This type of financing, which is very attractive but fairly difficult to obtain and manage, should be restricted to programmes which have a high likelihood of providing substantial and enduring improvements to deprived populations. Beforehand, you should make sure that there is no other, more efficient and sustainable solution to achieve that result.

- The aid granted is one thing, but the population’s "capacity to pay" for at least part of the cost of the facilities and for their subsequent use is another matter. It is therefore necessary to carry out precise studies on the request, clearly identifying the target populations, the priority areas to be covered, the financing possibilities and the needs.

In Casablanca, 125,000 social connections were achieved by a Suez subsidiary through a major OBA subsidy from GBOPA. The subsidy was set at €118 per "water" connection and €142 per "sanitation" connection, respectively representing 30% and 40 % of the connection cost, while the rest was covered by other means of financing (Office National de l’Eau, city work fund) and by consumers. They had the choice between a cash payment with a rebate or the payment of their debt by instalments over a 7-year period. The cost of the repayment by instalments was financed by a low-interest loan from AFD.

Due to the difficulty in identifying the persons eligible for the subsidy on an individual basis, the operator had come to an agreement with the city and defined whole areas as beneficiaries, as these were considered as priority areas for the extension of the water network. Moreover, market surveys had shown that around 80% of households would be able to pay within the allotted time. For the remaining 20%, the installation of standpipes had been planned.

In a preliminary study of all possibilities of alternative aid for the work, the operator had managed to get the authorities to agree to a significant alleviation of the usual standards for the performance of the work and building of the facilities (see factsheet 48 on the simplification of the standards), which resulted in savings of 30 to 50%, thereby increasing the number of subsidy beneficiaries by an equivalent amount and confirming the interest of fully exploring all possibilities.

8) Where to obtain further information - Bibliography - Espace Manager magazine : "Partenariat public-privé : les contrats de concession BOT".
This 2-page article on public/private partnerships gives details of how, in a country like Tunisia, the law has made provisions to allow and promote BOT contracts
http://www.espacemanager.com/macro/...

- Magazine H2O : Article "Concurrence et subventions croisées" relating an interview (2 pages) with B.Collignon, Managing Director of Hydroconseil, on the topics of competition and cross-subsidies, and during which he talks about DBL contracts and most importantly of their possible deviations.
http://www.h2o.net/magazine/enjeux-... 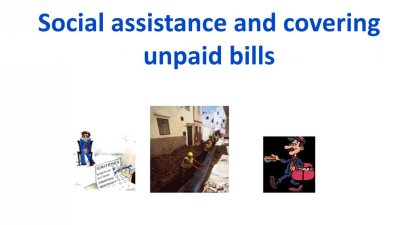 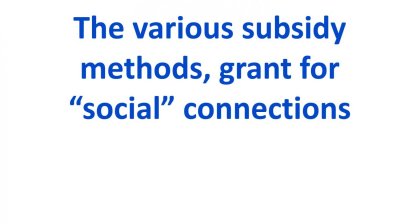 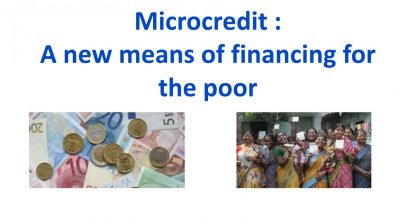 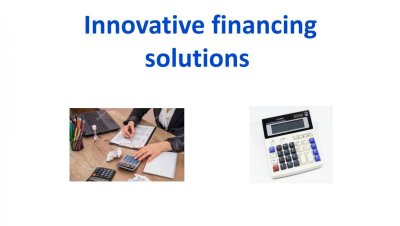