When the quantities of water pumped are excessive, the level of the water tables drops and the wells dry up. The time for the level of the table to restore itself naturally is often very long. Recharge methods make it possible to maintain the water tables at a level that is sufficient so that they can continue to be used in contexts of intensive use. The principle is relatively simple : it entails creating re-infiltration basins or trenches on ground that has sufficient permeability. The method can be implemented using water retained by a dam or through pumping in a stream and transfer to the re-infiltration basins. This process is also used to purify the water in a natural way which allows it to be used as a supply of drinking water.

Because of its cost, this technique has been implemented in developed countries for about twenty years. It is in widespread use in the United States, but it is starting to emerge in Europe. It is especially large cities who most often develop this method of management (Berlin, Paris suburbs, Lyons, Dunkerque). In the Mediterranean countries, recharging the tables was sometimes able to be taken into account in the design of a dam in such a way that limits loss through evaporation.

Excluding fossil aquifers, underground water is naturally recharged by rain and streams. But the rate of withdrawal from these deposits is often much higher than their natural speed of reconstitution. For example, in several regions in Europe, the levels of the tables are dropping by one to three metres a year because they are overused. Recharging these tables artificially with water from the surface, rainwater or wastewater makes it possible to store the water in order to benefit from a resource that is immediately available when needs increase.

4) Who is primarily concerned?

Two types of situations can lead to recourse to recharging the table :

Cities where the rate of use of the table is higher than its capacity and for which the main resource in water is a river with substantial organic pollution : In this case, pumping the water and reinjecting it into the table makes it possible to recharge it and produce water of good quality through natural purification which can be used to supply drinking water.
Arid regions with seasonal rainfall with the setting up of a dam which will make it possible to reconstitute an underground water reserve.

5) What does this process involve? How is it used?

In practice, recharging an underground water table comprises the following steps :
- Treating the water before recharge. This step is not required in the case of an artificial injection of surface water of good quality. It is however indispensable when refilling with wastewater or surface water with insufficient quality. The objective is then to recharge the table without any environmental or sanitary risk.
- Recharging tables. Recharging can be carried out either through injection wells or through natural gravity using an infiltration basin or the water retained by a dam.
- Additional filtration of the water through the ground. Reaching the underground water table, the water continues to be filtered naturally, with the water table playing the role of a natural treatment reactor.

6) Special difficulties and precautions to be taken

Regardless of the technique used, clogging remains the main obstacle. Reinjected water has to be clarified. Although cleaning is possible in the trenches, this is more difficult to implement in the case of drilling. 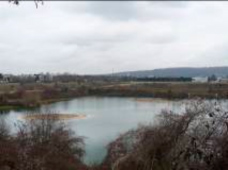 Recharging groundwater tables has many advantages. This makes it possible to constantly maintain a reservoir of water of good quality in operable conditions. This water becomes an alternative resource which makes it possible to guarantee the supply of water for drinking or non-drinking uses in the event of a dry spell.
In addition, where the texture of the ground allows for sufficient contact time between the aqueous medium and the particles, self-purification of the water takes place via biological means. In several cities where the method is used, the water pumped into the table can be injected into the drinking water distribution network after simple chlorination.
Recharging water tables is also a way to prevent saline intrusion in coastal areas.

It requires the construction of infrastructures which can be more or less expensive according to the methods implemented (dams, pumping station or even a decanting station)
Unfortunately, the method cannot be applied everywhere. It cannot be considered for use on impermeable ground.

The cost varies greatly according to the method used. In any case, it must however be compared to that of the other alternative technical solutions which would allow the same results to be obtained in terms of availability and quality of the water for the populations concerned. In the case of constructing small retaining areas in rural zones, this is an alternative means to that which consists in constituting a reserve of surface water.

Likewise, as this cost is high, recall that the best way of not having to recharge a table, or of not having to do it too often, is to not waste or pollute the water, either caused by the population or by farmers, artisans and industrialists.

This technique is especially well-suited when the supply in drinking water for a city primarily depends on a water table that is being used up or on a river that has a risk of pollution that cannot be foreseen, a case in which reinjecting it into the water table makes it possible to form a reserve. But constructing dams that favour infiltration and recharging underground reserves with water also makes it possible to preserve the water resource in regions that are exposed to long dry spells. 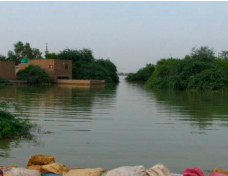 10) Where to obtain further information

- VEOLIA EAU : A one-page summary on the techniques used by this company
http://www.veoliaeau.com/solutions/...

- IRD : A one-page article on the construction of hundreds of small dams in TUNISIA in order to prevent the silting up of large dams and refill the water tables.
http://www.ird.fr/la-mediatheque/fi...

- Usine nouvelle : a one-page article on the techniques for recharging water tables :
http://www.usinenouvelle.com/articl...